A 3 month old baby presented to emergency with h/o unresponsiveness and posturing of the limbs since afternoon. On examination, she was unconscious with a tense anterior fontanelle. Urgent CT scan revealed a midline posterior fossa mass with obstructive hydrocephalus with periventricular lucency. An urgent ventricular tap was done through the anterior fontanelle and about 40cc CSF drained. The child improved over next few hours and became conscious and active with movements of all four limbs. MRI showed a variegated intensity mass lesion in midline posterior fossa. Possibility of a benign versus mlignant lesion was considered.
The child underwent midline subocciptial craniotomy and gross total excision of the tumor. Intraoperatively, the tumor had a well defined plnae from the surrounding brain parenchyma and was mildly vascular. Gross total excision was done.
Positioning is a challenge in such a small child to avoid pressure sores as the surgery is done in prone position.
Histopathology was suggestive of mature teratoma. She required a VP shunt for hydrocephalus which she developed subsequently.
At 6 months follow up, the MRI shows no residual tumor. The child is now 2 years follow up and is progressing well. 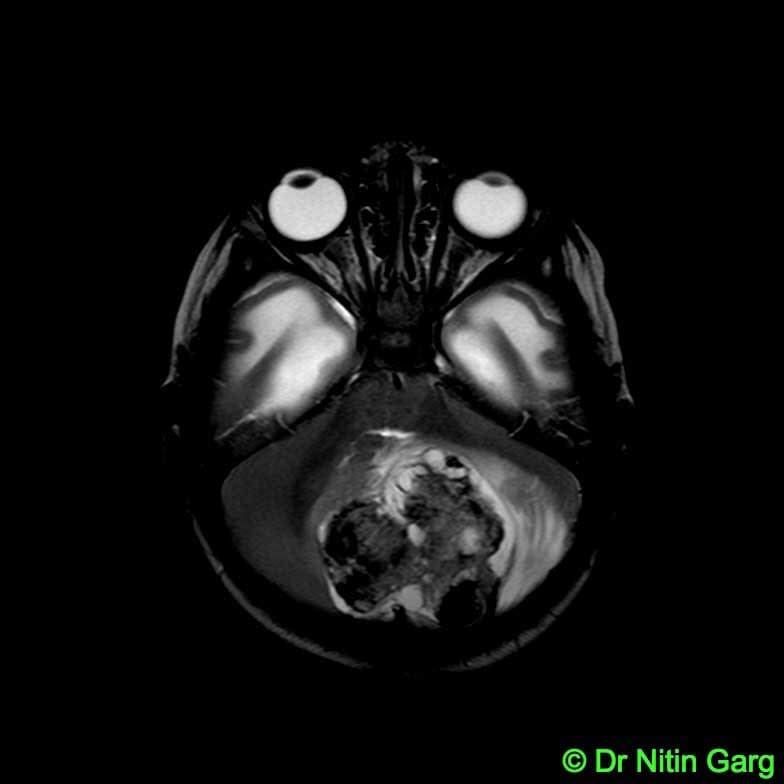 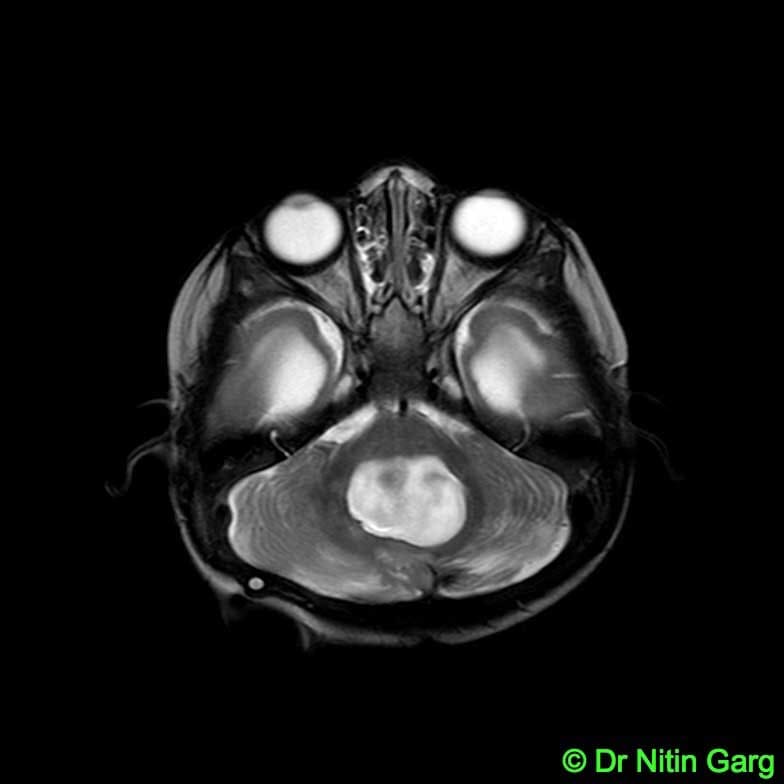