A 16 year old girl presented with recurrent seizures. MRI was suggestive of a bleed in right posterior frontal lobe. Imaging features were suggestive of a cavernoma due to blooming on gradient image (s/o bleed) and a hemosiderin ring all around. In view of recurrent seizures, she underwent an awake craniotomy and total excision of the cavernoma.
A scalp block was given to anaesthetise the scalp. Head was fixed with head clamp and a right sided navigation assisted craniotomy done. Intra-operatively, the lesion was not surfacing and was subcortical. Trans-sulcal method under navigation guidance was done and lesion encountered. The lesion was well defined and a good plane all around the tumor. Gross total tumor excision was done Post-operative recovery was uneventful.
Over 1 year, the child has been gradually weaned off the anti-epileptic drugs and is seizure free. 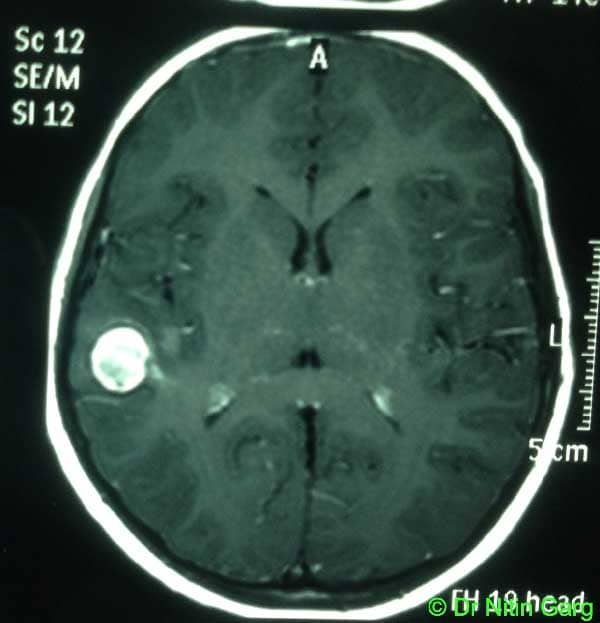 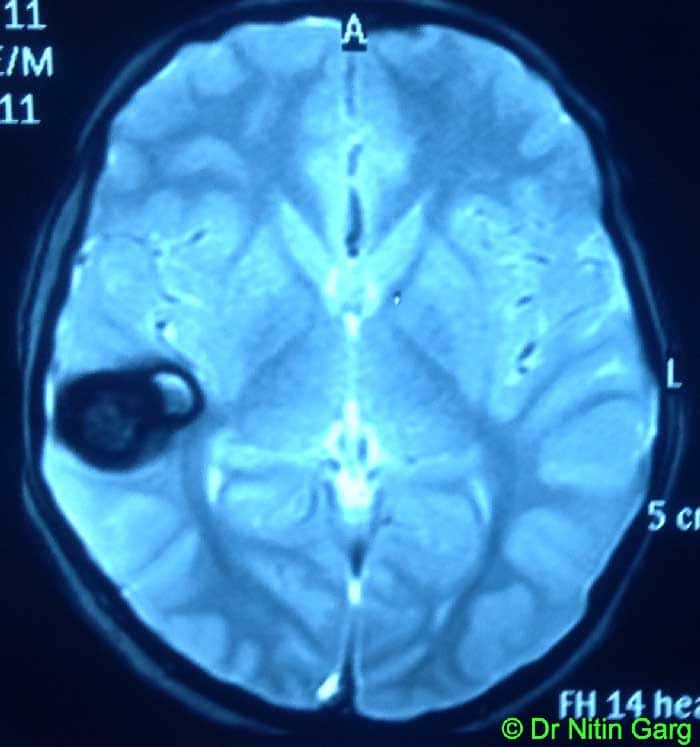 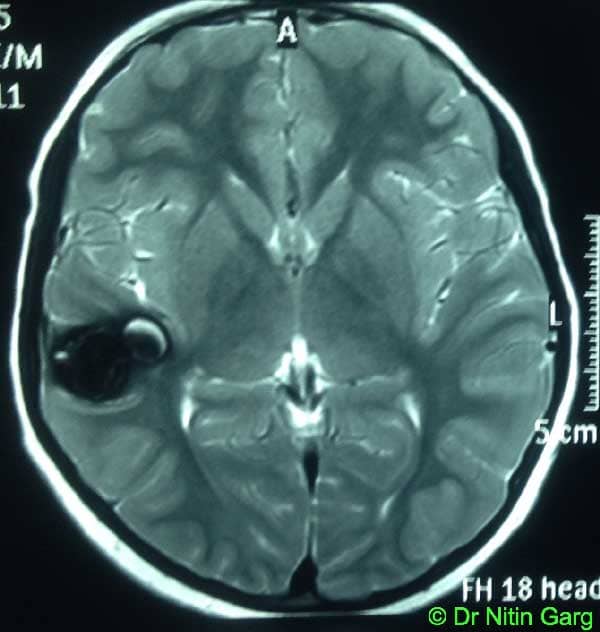